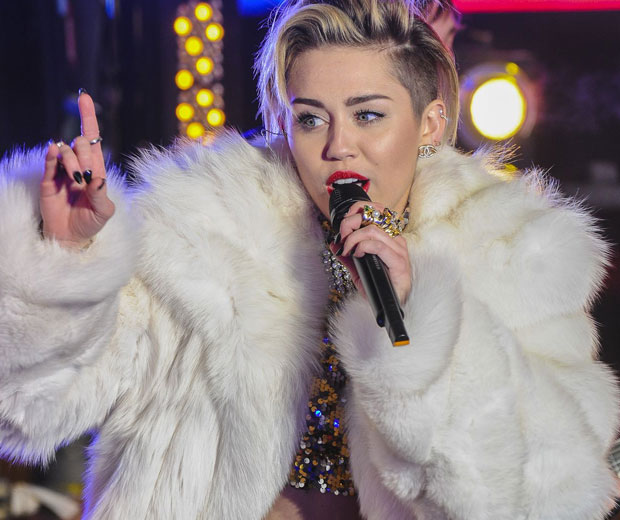 Miley Cyrus has taken to Twitter to deny she slammed Beyoncé in an interview with LOVE magazine. The singer was at the centre of a media storm yesterday when it was alleged she claimed to be the new Queen Bey. Uh-oh.

Yep, the young star was claimed to have said: ‘As Beyonce grows in motherhood and all the c**p it does to your body, it will create a vacuum for fresh young faces to rise up and no one else can properly fill that void right now. I’m the only white female singer that could fill that slot right now and do it right, you know… Beyoncé has been a big inspiration to me but she’s been out for such a long time.’

Yikes. She was also said to have added: ‘I got the total package, you know, the curves, the rhythm, and the voice. I’m just the best.’

But close your mouths, people. It’s not true. Hollywoodlife.com attributed the quotes to the glossy mag, but the title has now revealed that the quotes are completely bogus, and Miley has slammed them, too.

The mag tweeted: ‘@MileyCyrus never said anything to us about Beyonce, the quotes were made up and we’re trying to get to the bottom of where this came from.’

Miley added: ‘That quote people MADE UP about Beyonce just made me lol! Imagine if I said I got “the looks and the curves I’m just better!” Bahahahhaha.’

‘How are people allowed to make up shit & then out quotes around it saying I said that shit! WTF!!?!.’

Rest easy, Queen Bey. That crown is still well and truly yours.

Got a tablet? You can now download LOOK magazine straight on your iPhone, iPad, Kindle (just search the store for ‘LOOK magazine’), Nook or Zinio. And don’t forget to rate and review!