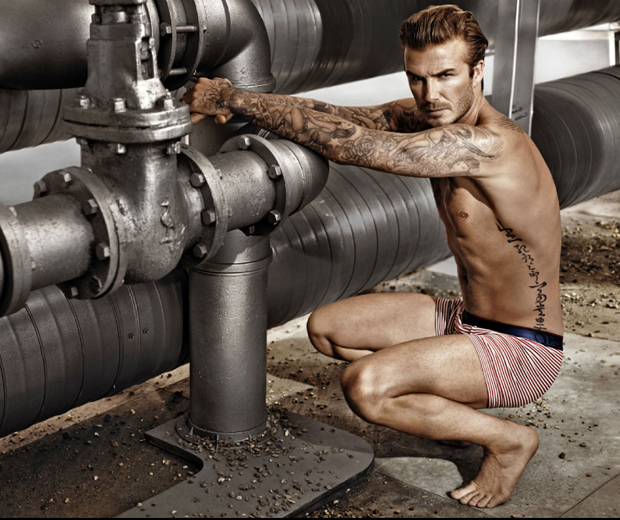 David Beckham is about to make you blush with this saucy teaser trailer for his brand new H&M Bodywear advert.

Just when you thought he couldn’t get any hotter, the former England captain goes and does this.

Featuring the 38-year-old mega hunk running around London, leaping over walls and flying down zip wires (he did all of his own stunts, of course) in nothing but a tiny pair of H&M briefs, it’s safe to say dad-of-four Becks has still got it.

The video, which was directed by king of cool Drive director Nicolas Winding Refn, is only a sneak preview of David’s full-length H&M Bodywear ad, which will get its first airing during the Super Bowl on February 2nd.

Shoppers will be able to vote between a #covered and #uncovered version when the day of the huge US sporting event finally rolls round. Let’s hope they choose wisely.

Will we ever get tired of seeing Becks in his pants?

Got a tablet? You can now download LOOK magazine straight on your iPhone, iPad, Kindle (just search the store for ‘LOOK magazine’), Nook or Zinio. And don’t forget to rate and review!