Apple and Google are the type of companies that don’t ‘offices’, they have ‘campuses’. You imagine their buildings to look like hyper-efficient monuments built of glass and solar panels that are also balancing on stilts because of rising sea levels. Employees can take part in free spinning classes from their desks, people sit on those bouncy-ball seats and nobody makes fun of them. It’s a living, breathing utopian nightmare.

But in this world, nothing can be that perfect. What is it really like working as an Apple employee?

The reason you don’t know is because the tech company do a great job in keeping that information secret.

As reported by The Independent, internet archeologists have uncovered several Quora threads written by past Apple employees that are anonymously sharing the dark secrets that go on behind the future sliding doors of Apple.

According to Christina Quan, software development intern, every intern that starts at the company gets given this ominous box with a note that’s verging on threatening. “People don’t come here to play it safe. They come here to swim in the deep end”. Sounds like a nervous breakdown waiting to happen. 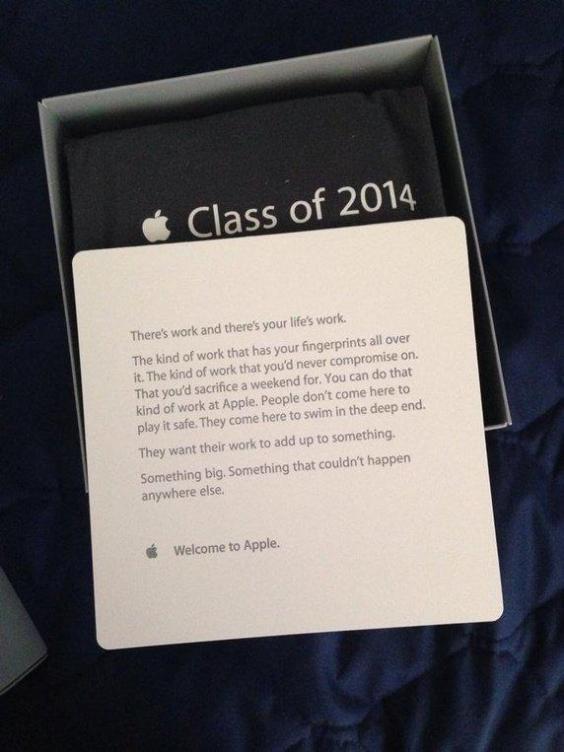 The interview process is soul destroying

UX designer Luis Abreau shared his interview process with the supposedly people-loving company. In a blog post he said that he jumped through three screening calls, five FaceTime interviews, a whole day of interviews and a business lunch only to get a shallow no.

He recalls that in one interview he was told, “we don’t waste time with the dumb”.

Apple will go through your bin

To keep every project and detail under wraps Apple will take every security measure. You’re not allowed to tell colleagues what you’re working on, your bin is monitored to make sure you’re not sneaking out information to the outside and the windows are totally frosted.

An anonymous source reported “I’ve been in meetings at 4pm where a dozen people decide we are going to all work all night that night in the office on a problem.  No discussion about ‘hey, I have to pick up my kids’ or ‘let me call home first’ – everyone nods and agrees, no hesitation”.

“Even on the very morning of my wedding I was still being harassed by phone and email to send a report someone had lost.”