We don’t know about you but we flip-flop between not wanting to be on this planet anymore and wanting to live forever – sometimes a few times in a day. With medical developments and better health awareness, the babies being brought into the world today will probably go on to live a very long time.

However, we’re not babies, we’ve already been weathered by the world and need all the help we can get to break that 100 year milestone.

Honestly, the world could go either way. We could break through this post-truth societal shift and in twenty years be back on track to save the polar bears, build hotels in space and stop New York from going underwater. Probably not but we at least want to live long enough to see the world collapse.

The oldest woman alive, Emma Murano, turned 117 last month and shared her secret for staying alive so long. Her secret was staying single and “eating two raw eggs every day, plus a sweet treat, has helped keep her youthful”.

According to The Independent, there are 46 supercentenarians (the coolest name for people over 110 years old) in the world. These are four of their secrets for staying alive seemingly forever.

(We couldn’t not mention Tao Porchon-Lynch, 98-year-old yoga master, whom we’re still in awe of)

Currently the oldest person living in the USA, she was born in 1902 which means she will have seen 30 presidents in office by the time Donald Trump becomes commander-in-chief. Her son attests that his ancient mother doesn’t live a healthy life, she smoked most of her life but also swears by the miracle powers of porridge…

This supercentenarian has amassed quite the family with two children, four grandchildren and seventeen great-grandchildren. Christmas must be a nightmare. Ana’s lived so long on the basis that she “always sought the best for us” explains her daughter. 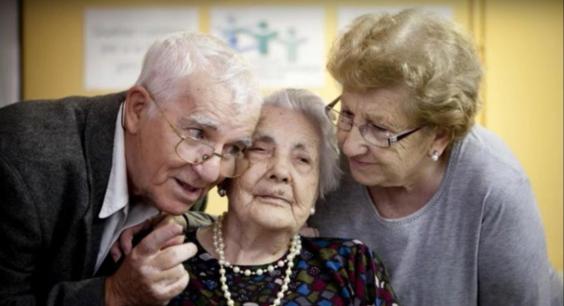 That oldest person in Jamaica, Brown is very strict about what she eats and doesn’t eat. Smaller meals full of locally-grown produce while avoiding pork and chicken is apparently the secret.

“Eat and sleep and you will live a long time,” she said. “You have to learn to relax.” 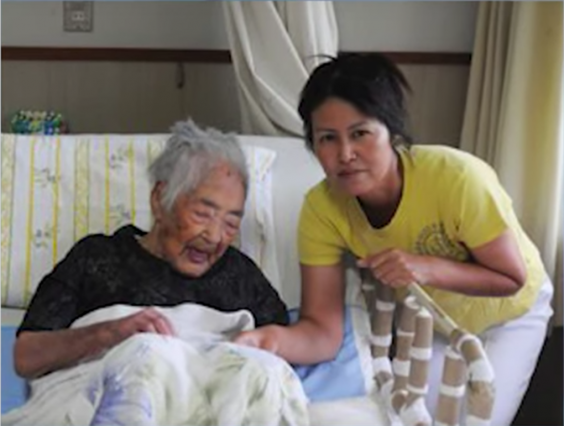