What is technology for if not being a substitute for our self-control? People who don’t drink nearly as much as we do might talk about ‘efficiency’ and ‘progression’ but we reckon we’ve solved the age-old question of ‘why do we continue to innovate’? Because hangovers suck – that’s why.

Hungover people can’t do anything. Think of the loss of national productivity due to hangovers every year. The government needs to realise that nothing is going to stop us drinking so it’s their responsibility to provide us with the tools to track our drinking.

A Fitbit for drinking, for example, would be helpful…

The hardest thing about drinking, apart from needing to pee every other sip, is keeping track of how much you’re drinking. It’s a communal affair which means that even your bank balance isn’t a good measurer of how many dozen shots you did.

Thankfully, a piece of wearable tech has arrived that will curb our excessive drinking once and for all. Proof is a wearable wrist-strap that measures the alcohol molecules through perspiration on your skin and give you the digital ‘look’ when you’re overdoing it. 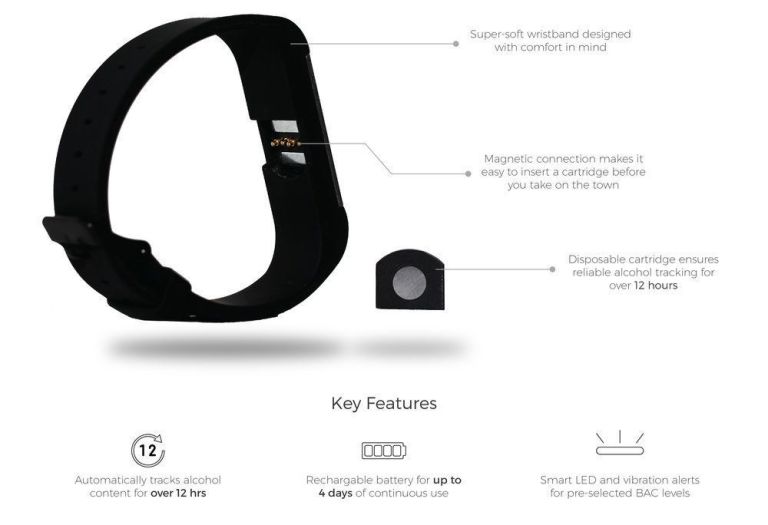 The Proof isn’t currently available to buy since it’s just in its initial crowdfunding stages, however, this Fitbit looking device won’t have a hard time finding a market.

You can set the device to give you a buzz when you’ve ‘over-consumed’ which basically means you get a buzz and a message that roughly says “by all laws of biology you should be face down on the pavement but you seem to be dancing towards the bar for more shots. You animal, that’s not a compliment. Control yourself.”

Speaking to Mashable, the creators of this device revealed that The Proof uses disposable cartridges that convert alcohol molecules into electrical currents. This can also predict how drunk you’ll be later on.

The future is amazing. Let’s have a drink! Here’s to the future!