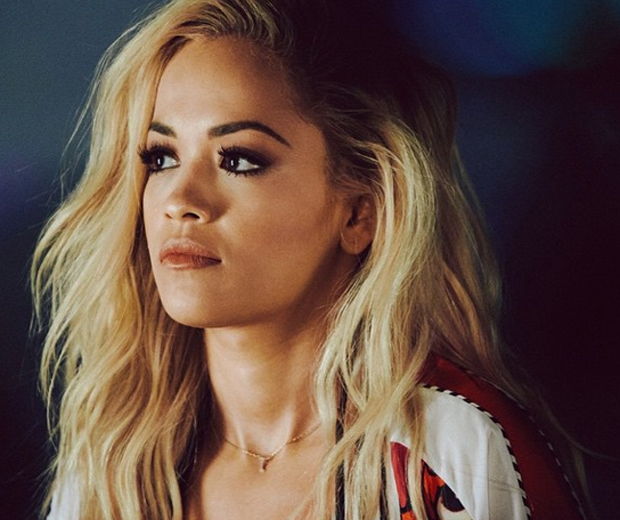 Rita Ora‘s got it going on at the moment.

The newest judge of The Voice has been making a splash in both the worlds of music and fashion.

She’s recently been nominated for a BRIT award – in the same category as former bae Calvin Harris – and after a high end editorial with a Parisian fashion magazine that saw Ora transform into a 70s bombshell, we’ve now got the release of the star’s summer campaign with Adidas. Rita Ora embodies a lot of the what the brand is about; creativity and streetwear style. The songstress also teamed with Adidas for an autumn/winter collection last year.

These shots, taken on set of the new campaign advert, show the I Will Never Let You Down star sporting some pieces from her new SS15 collection. Displaying her enviable, toned stomach, Rita rocks a crop top with her pop-colour printed shorts and matching bomber jacket. Rita is part of the brand’s Originals campaign, which sees the re-launch of the Superstar shoe. First released in 1969, these trainers have become an iconic emblem for the sportswear brand, quickly moving from the courts to the streets as a bold fashion statement.

Adidas Originals sets out to question what it means to be a superstar, beginning with a film where Rita features alongside Pharrell Williams, David Beckham and Damian Lillard.

Each celebrity lays out what superstar means to them. Rita says, “It’s not about walking down red carpets, talking to reporters and waving at fans.” whilst Pharrell challenges the craze of social media by stating “It’s not about the number of views, likes or shares”.

What’s your definition of a superstar?