Make-up artist and vlogger, Wayne Goss, wants to tell you the real reason you're ugly...

We’ve wised-up to the wizardry of Photoshop over the last few years – models and celebs with poreless skin, bee-stung pouts and wrinkle-free complexions in just a few clicks. But it’s not just the A listers who are giving their selfies a few digital nips and tucks and with endless apps, software and even Kim Kardashian’s essential selfie light being available to buy, picture (nothing less than) perfect is becoming the norm on Instagram. A UK make-up artist and YouTuber, Wayne Goss, has thrown some shade on YouTube vloggers thought for using live photoshopping throughout make-up tutorials.

Wayne Goss has his own make-up brush brand and has been uploading tutorials and product reviews since 2009, yet he introduces his latest video as one of the most ‘fundamentally important’ to date.  Filmed first thing in the morning, in natural lighting, bare skin and a hoodie, Wayne has stripped back his usual sleek and bright posts in order to get his message and passion across to his millions of fans in this video entitled, ‘Warning. You’re being lied to. Please watch.” You have our attention Wayne.

Wayne’s motivation for the video started when he was watching a tutorial by another make-up artist and noticed something rather odd, “She looked twenty years younger, when she’s probably in her fifties and her skin was like porcelain. I clicked on another one of her videos and she looked completely different”. Wayne started looking into other online tutorials and came across a similar video, “A make-up artist was applying foundation to a model and the model’s skin was flawless – I thought wow this girl is amazing”, but when the MUA moved the product closer to the camera, the ‘filter’ that was placed over the model’s skin stopped working revealing the pigmentation and layers of foundation. The product is moved back and the models skin snaps back to its (physically impossible) poreless and flawless look.

Wayne took to Google to try and find out what this Benjamin-Button filter is and discovered that it’s a live Photoshop. He buys the software for the benefit of the video, costing him around £100, and the results are shocking – with a flick of a switch, Wayne’s just-woke-up skin has a ten year #throwback, which is free from blemishes, pores and eye bags. Wayne repeatedly turns the filter on and off, to echo his belief that this is “ fundamentally wrong on every single level”. Those two significant words ‘fundamentally wrong’ is constantly repeated and he even goes on to label it as ‘trickery’ as it gives the illusion that you can achieve the look using the products featured, when it’s physically impossible. 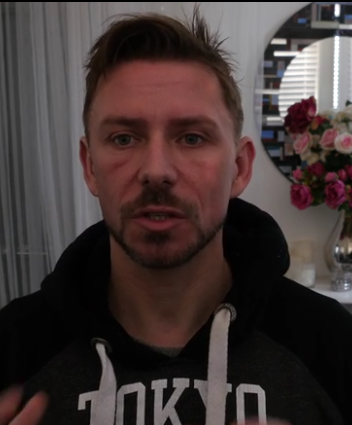 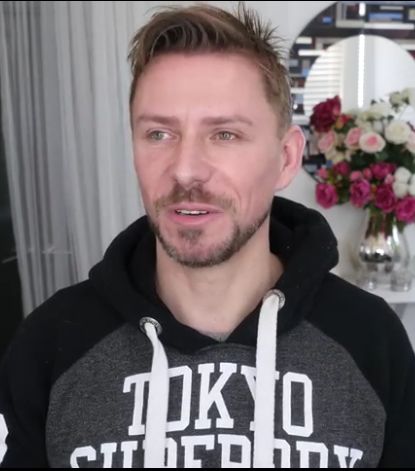 Read: Best Foundation: 20 For Your Best Ever Skin

The comments have been turned off to avoid negativity and ‘bullying’, Wayne just wants to raise awareness of this ‘trickery’ for YouTube viewers and to ensure they know that you can’t physically achieve the photoshopped look.  It’s in no way an attack on vloggers and Wayne is honest about his use of professional lighting for his tutorials, but he thinks this is just a step too far.

The video finishes on a profound note, as Wayne tells his fans that heavy use of filters and lighting used on Instagram are the reason why we feel ‘so fucking ugly about ourselves and now we are seeing them in living/moving motion and it is fundamentally wrong”. So, next time you watch a tutorial, just remember Wayne’s sound advice, “Foundations and make-up can make you look more beautiful, more radiant and more wonderful but they can’t make you look like this.”